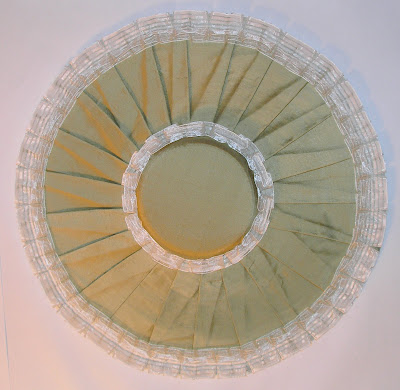 The 18th Century Hat is Finished!
This hat took much longer than I had expected! But I think it's rather pretty finished. The straw hat was covered in green silk pleated to fit on top and bottom. It was rather easy to do, just very time consuming. Sheer ribbon was box pleated and sewn around the base of the crown and along the edge of the hat. I think it added a nice touch. I like to keep my creations 'light'. The same ribbon was sewn on under the hat for ties. My mother will be wearing the hat this weekend for a fashion show, so I'll be sure to take more pictures of it then. 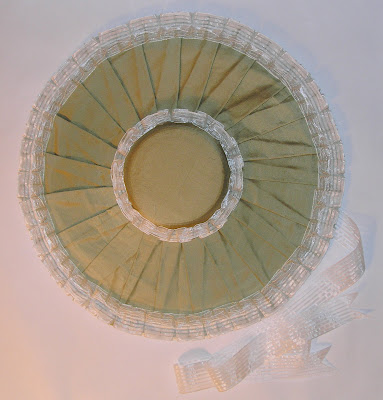 A view from above. 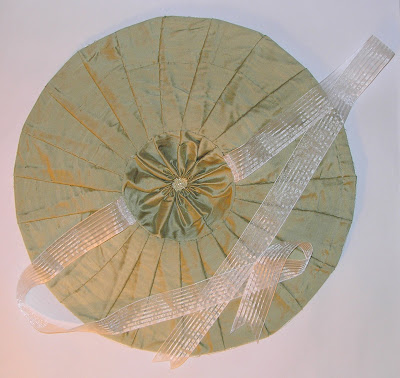 The underside of the hat.