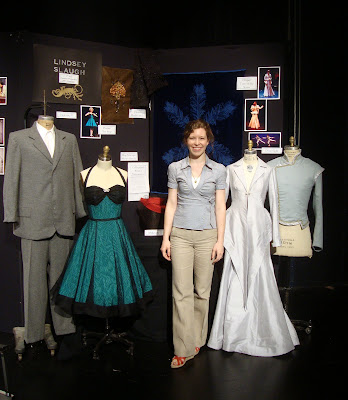 Several weeks ago my fourth semester as a graduate costume production student came to an end. Just two more semesters to go until graduation. I know that the next two semesters will be gruelling, but I'm looking forward to them now that the end is in sight. I've learned so much in graduate school and become more confident in the skills that I have. I can now make a tailored suit, build a tutu, pattern a hat, and so much more. All skills that I didn't have before graduate school.

On the board you can also see some of the fabric modification projects that I completed.

Currently I've been working on making myself a pair of silk stays based on the Diderot stays diagram, and I have already completed a bum roll and a new 1770s brown silk bonnet. On Saturday and Sunday I'll be presenting a fashion show highlighting 18th century fashions at Rock Ford Plantation in Lancaster, PA for their Revolutionary Rock Ford event.

And, look forward to seeing a new 1770s blue silk Robe a l'Anglaise later this summer. It was planned for completion for the Rock Ford event, but a visit from Vince's 92 year old grandmother took presidence. We had a delightful visit from her and enjoyed her homemade chicken pot-pie and good company. 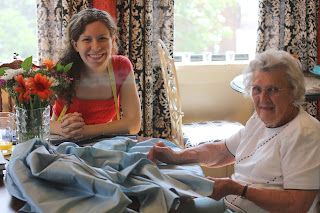 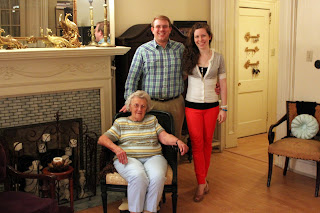