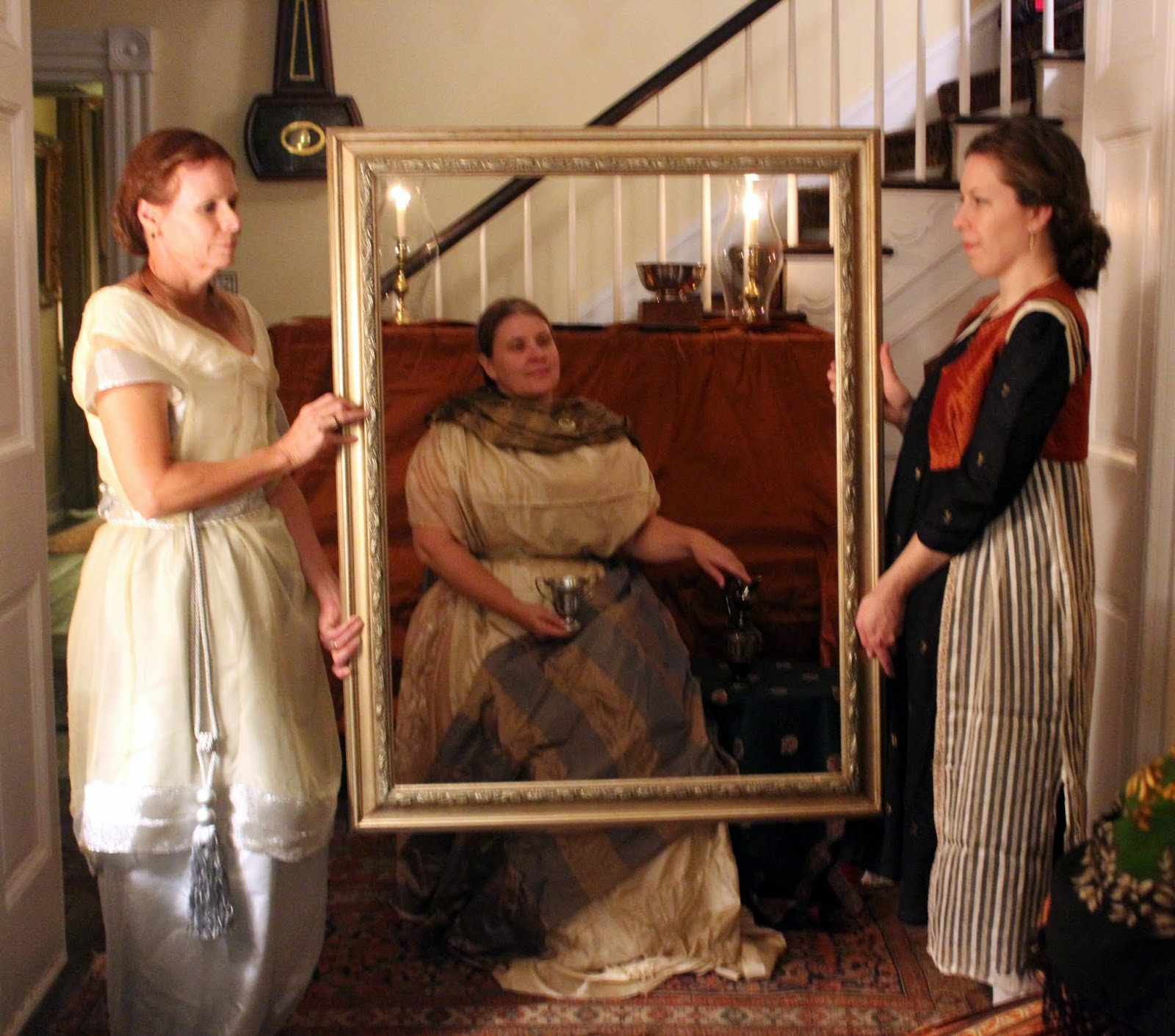 The Saturday evening entertainment during our weekend at Welbourne was parlor theatrics called Tableaux Vivants or 'Living Pictures'. These were a popular form of entertainment during the Victorian era. The scenes often depicted famous paintings or Bible stories. The players pose motionless while the narrator describes the scene. There were many period publications describing how to perform Tableaux. The more elaborate the costumes and props, the better. I collaborated with Carol to put together the costumes and props for the tableaux and Carol wrote the script. For several years in high school and college I put on Tableaux at living history events - making all of the costumes and props myself. Many of those costumes were used in the tableaux at Welbourne.

Tableaux Vivants are a lot of work to plan and costume but are fun to participate in and even more enjoyable to watch! Diaries from Middleburg, Virginia (where Welbourne is situated) in the 1860s mention Tableaux Vivants being performed at parties.

Above, a scene depicting Hebe, the Greek goddess of Youth. 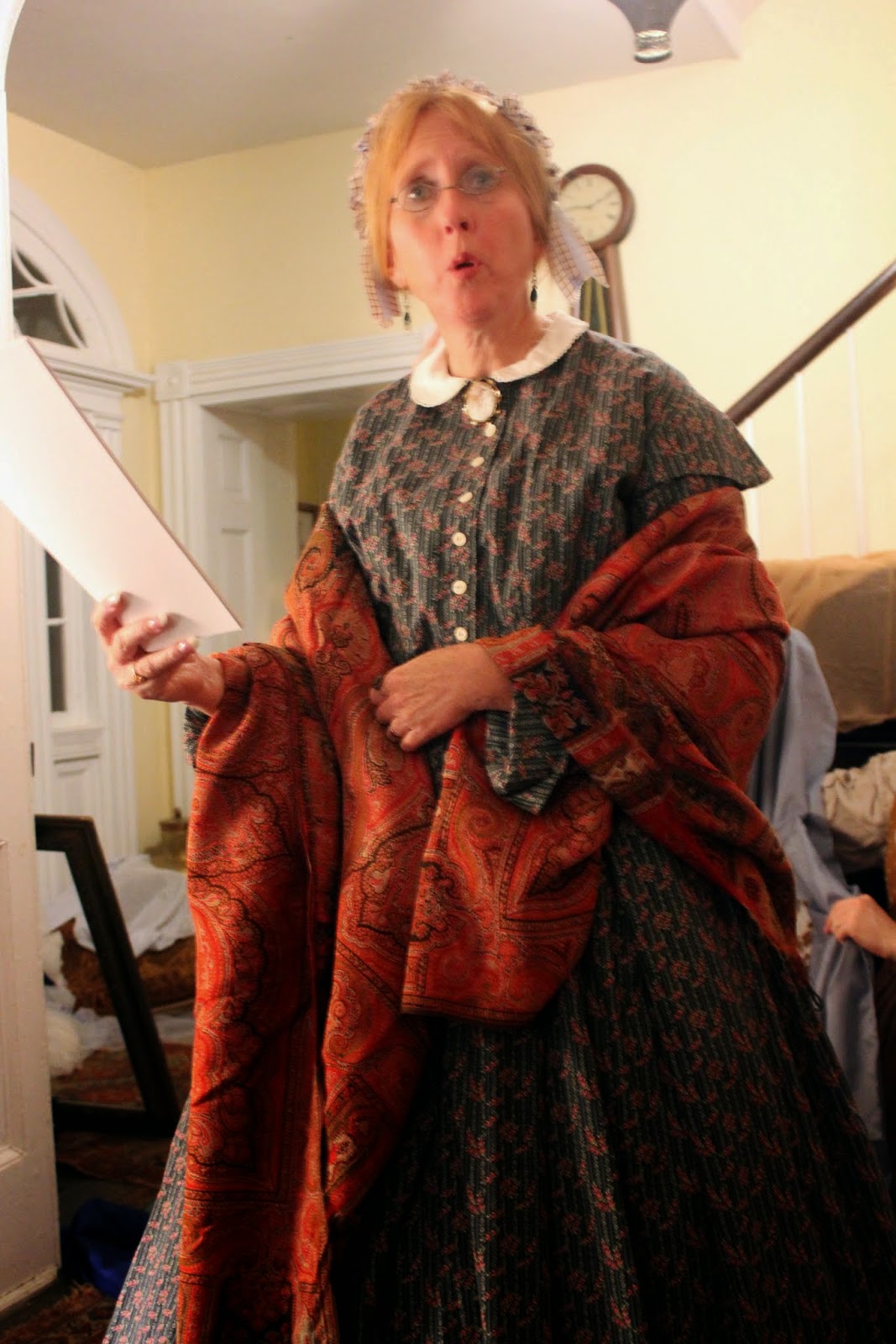 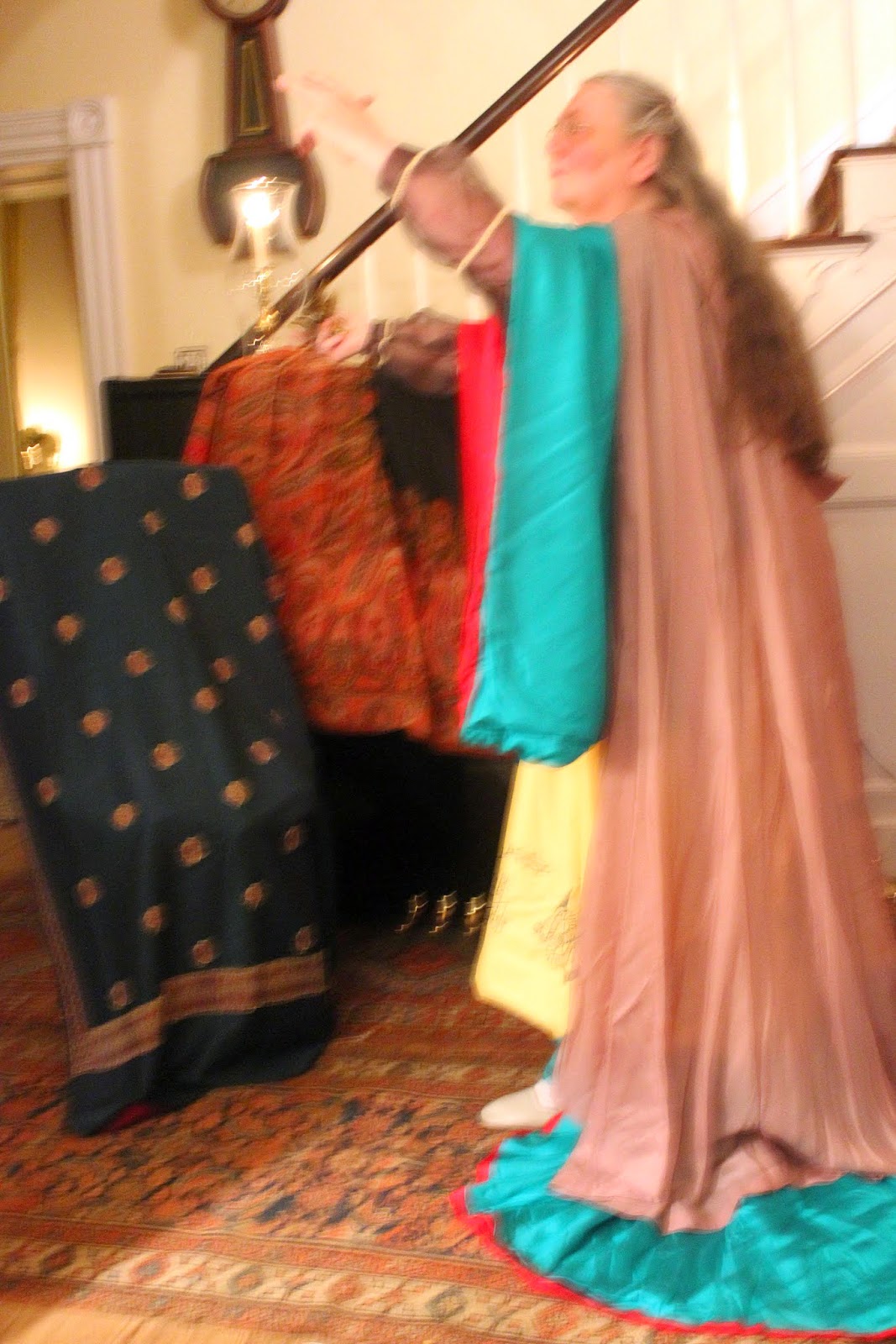 Colleen in the lovely costume that she made based off of a painting of Morgan Le Fey, the half sister of King Arthur. 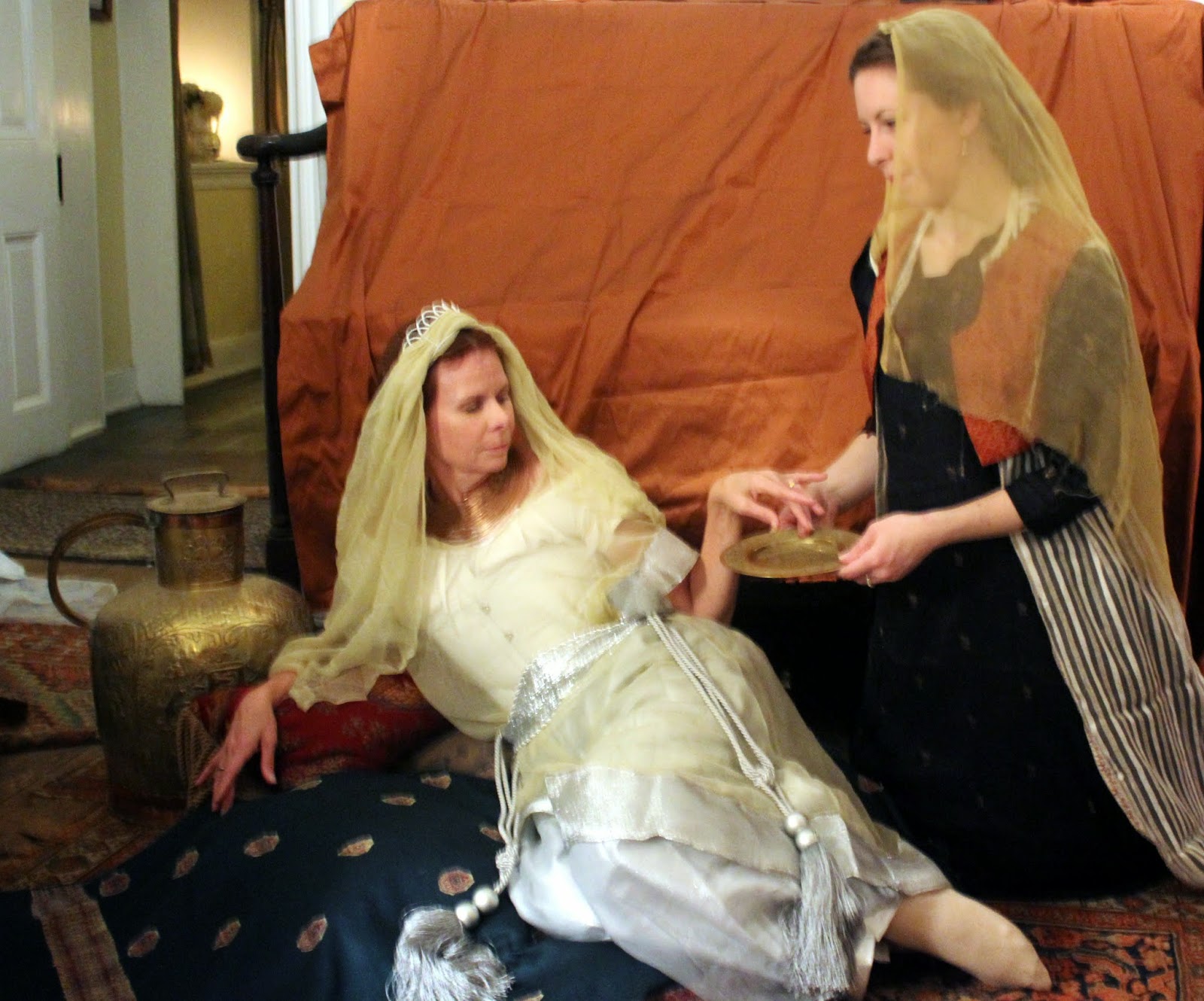 The Bath. A slave comforts the Sultana in the harem. 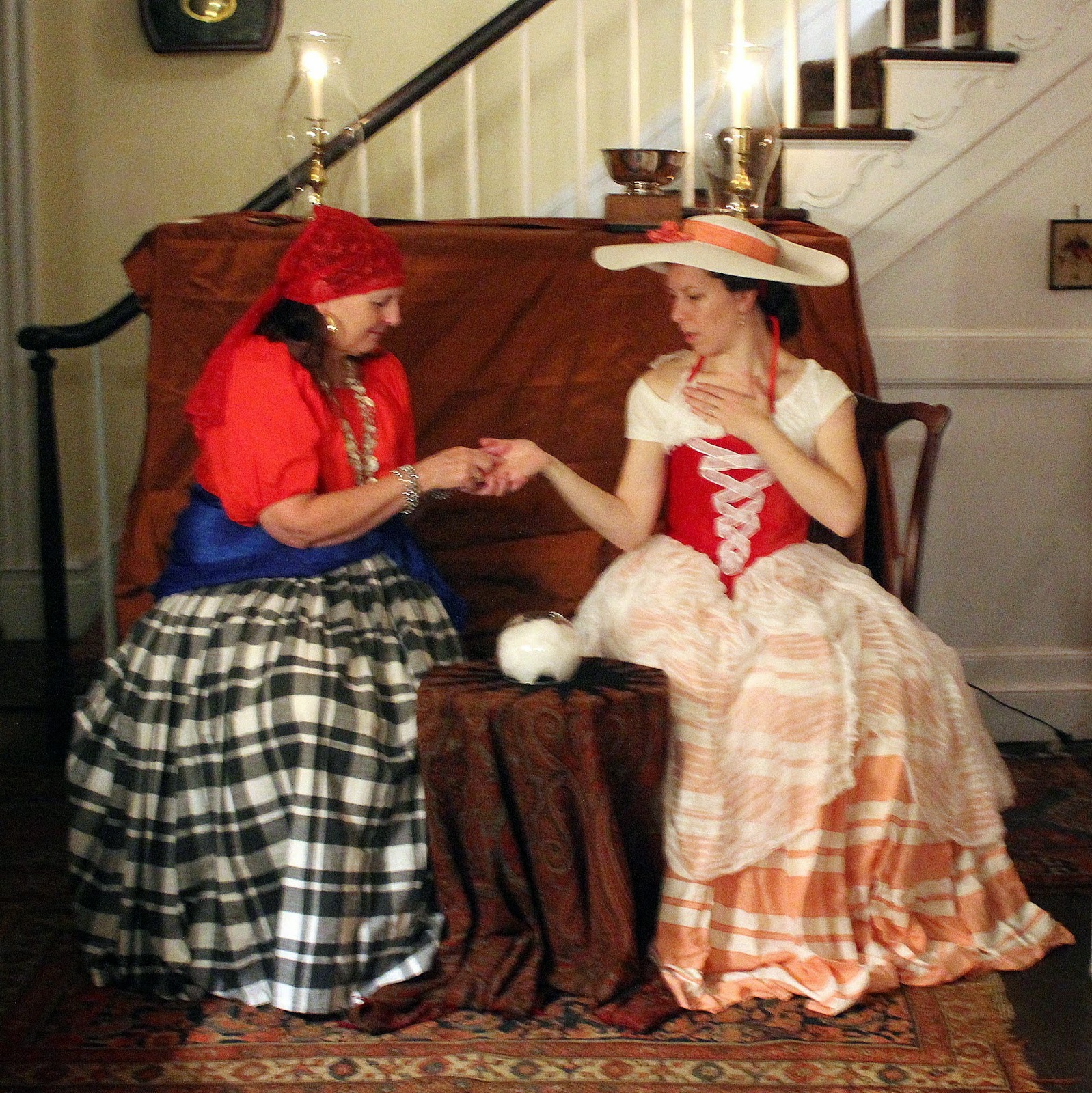 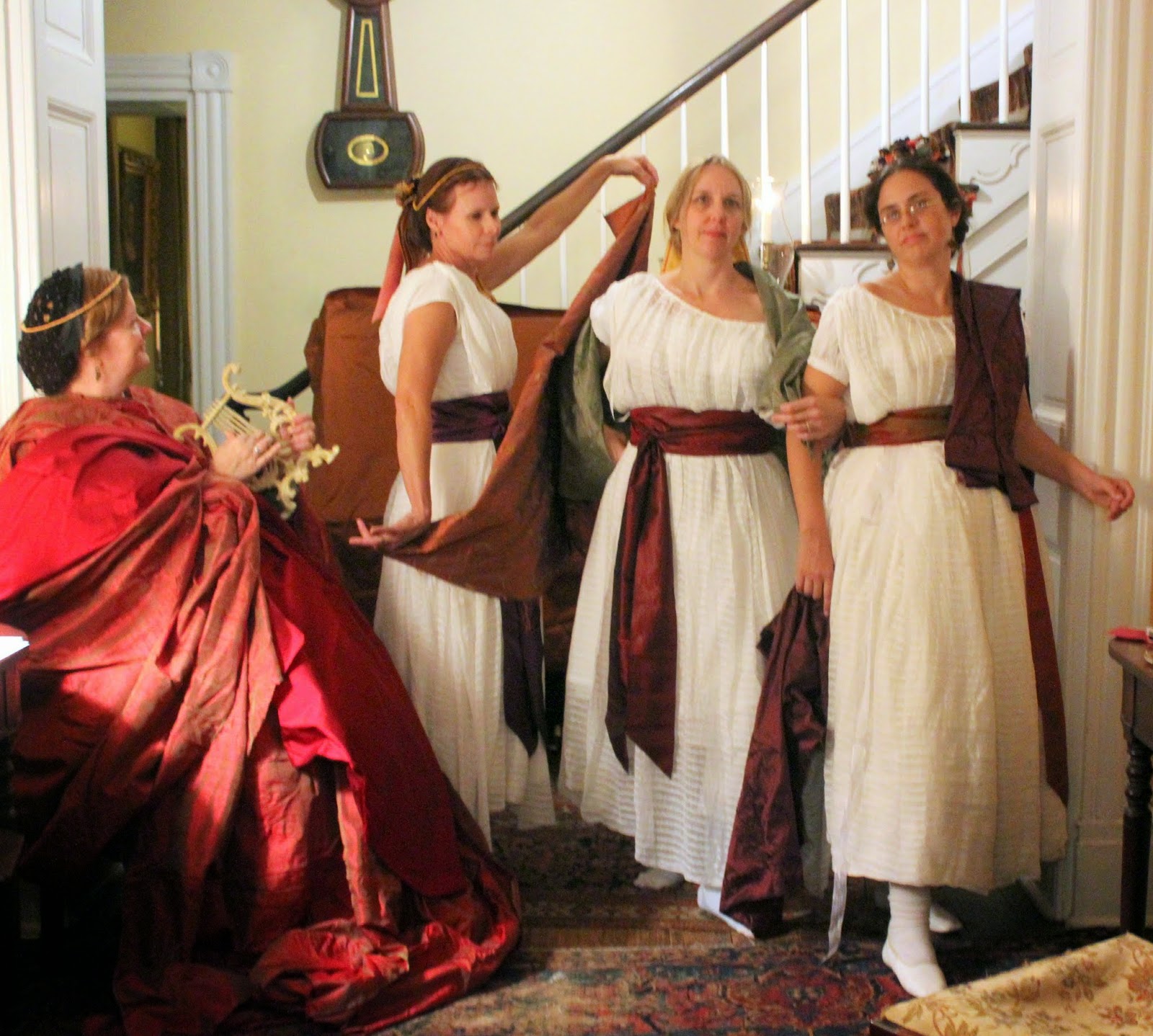 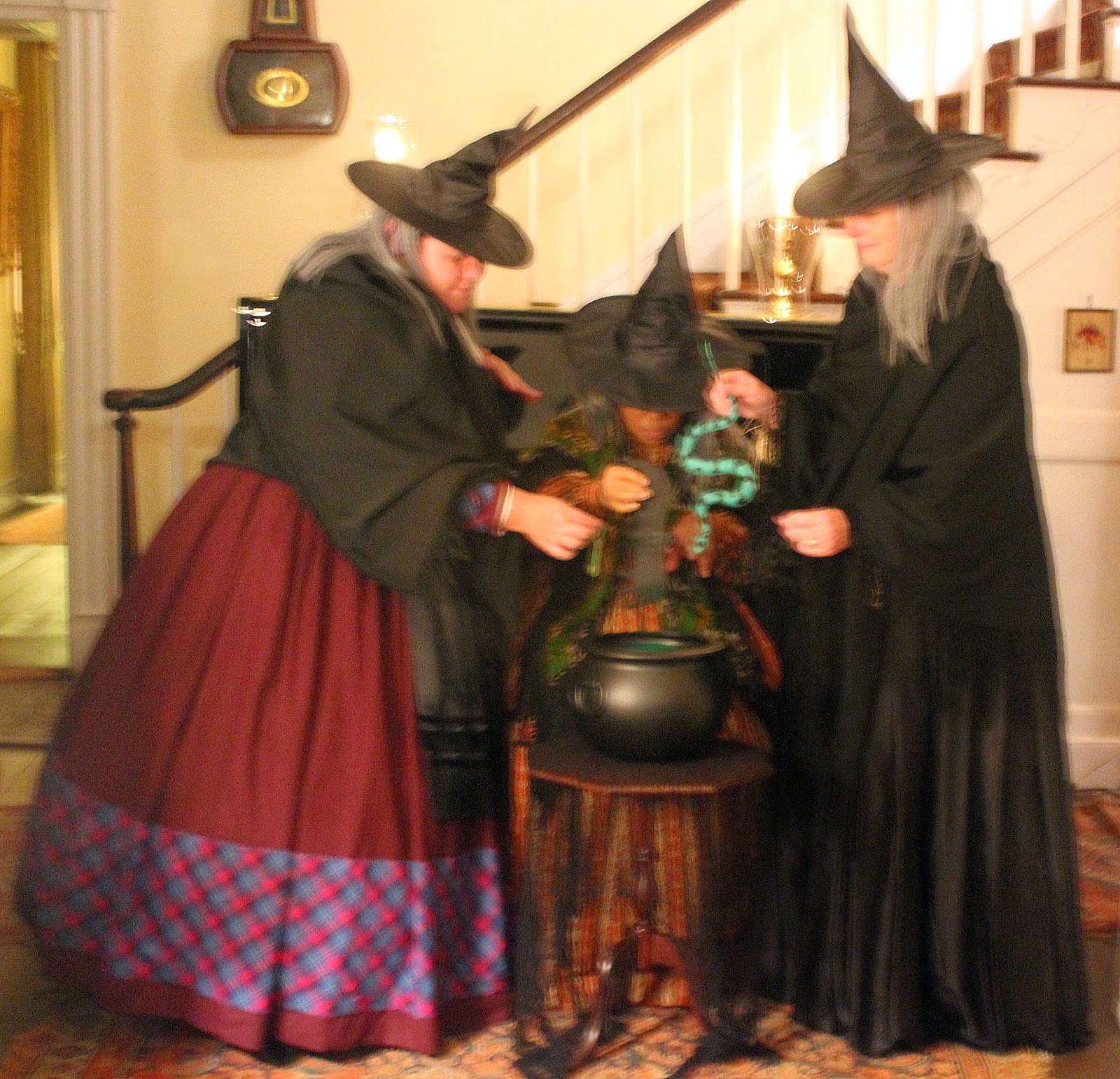 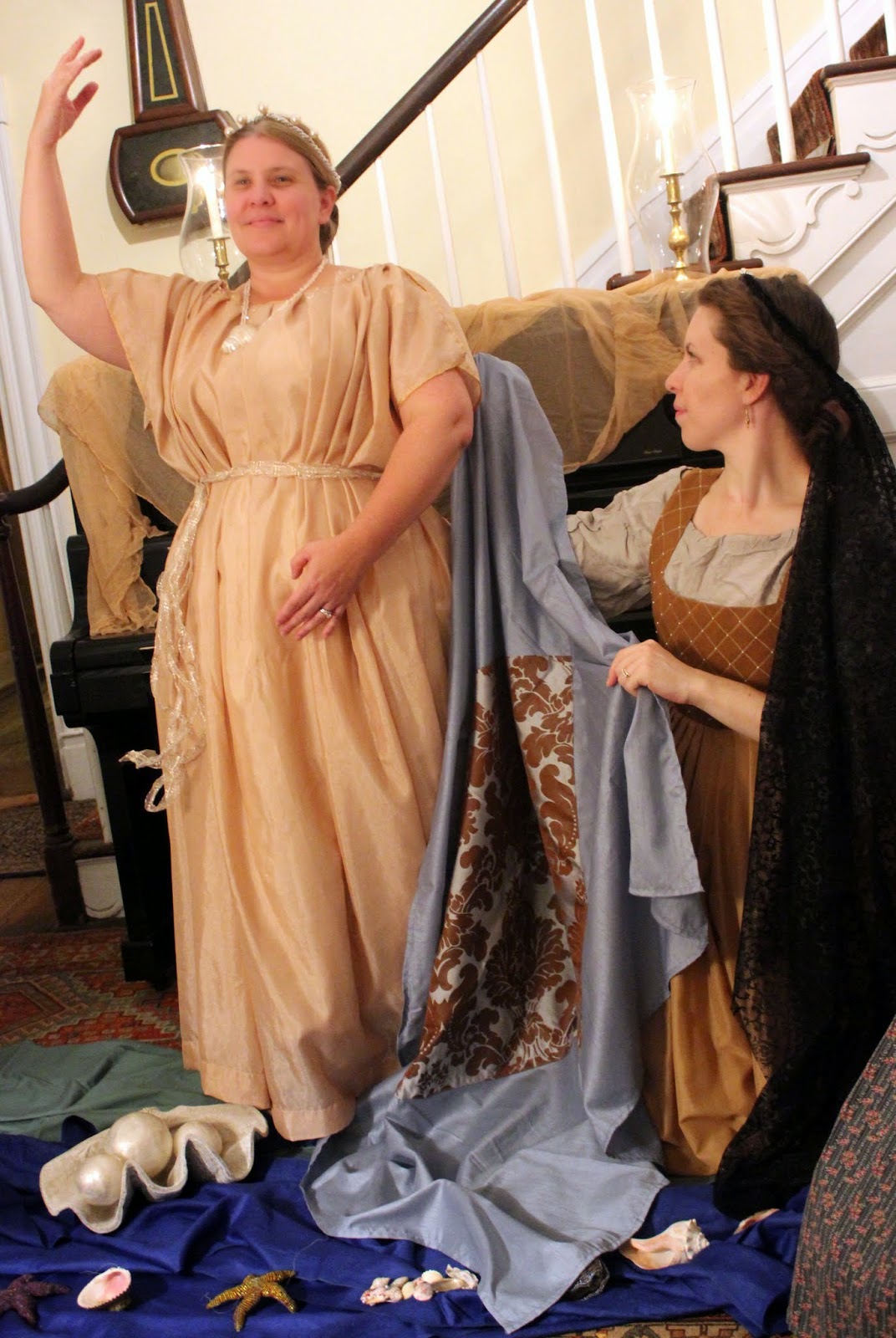 Venus Rising from the Sea based on Boticelli's painting. 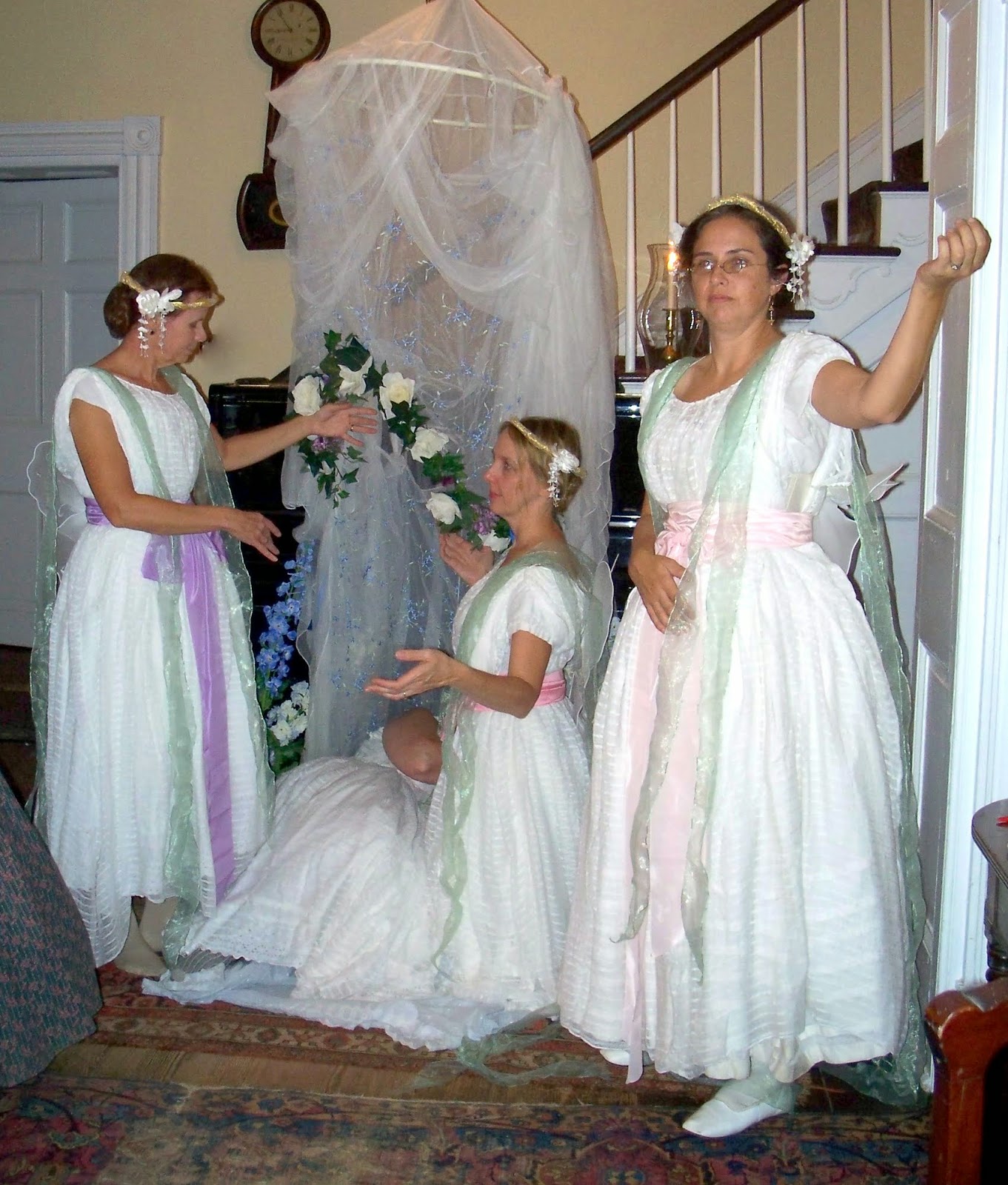 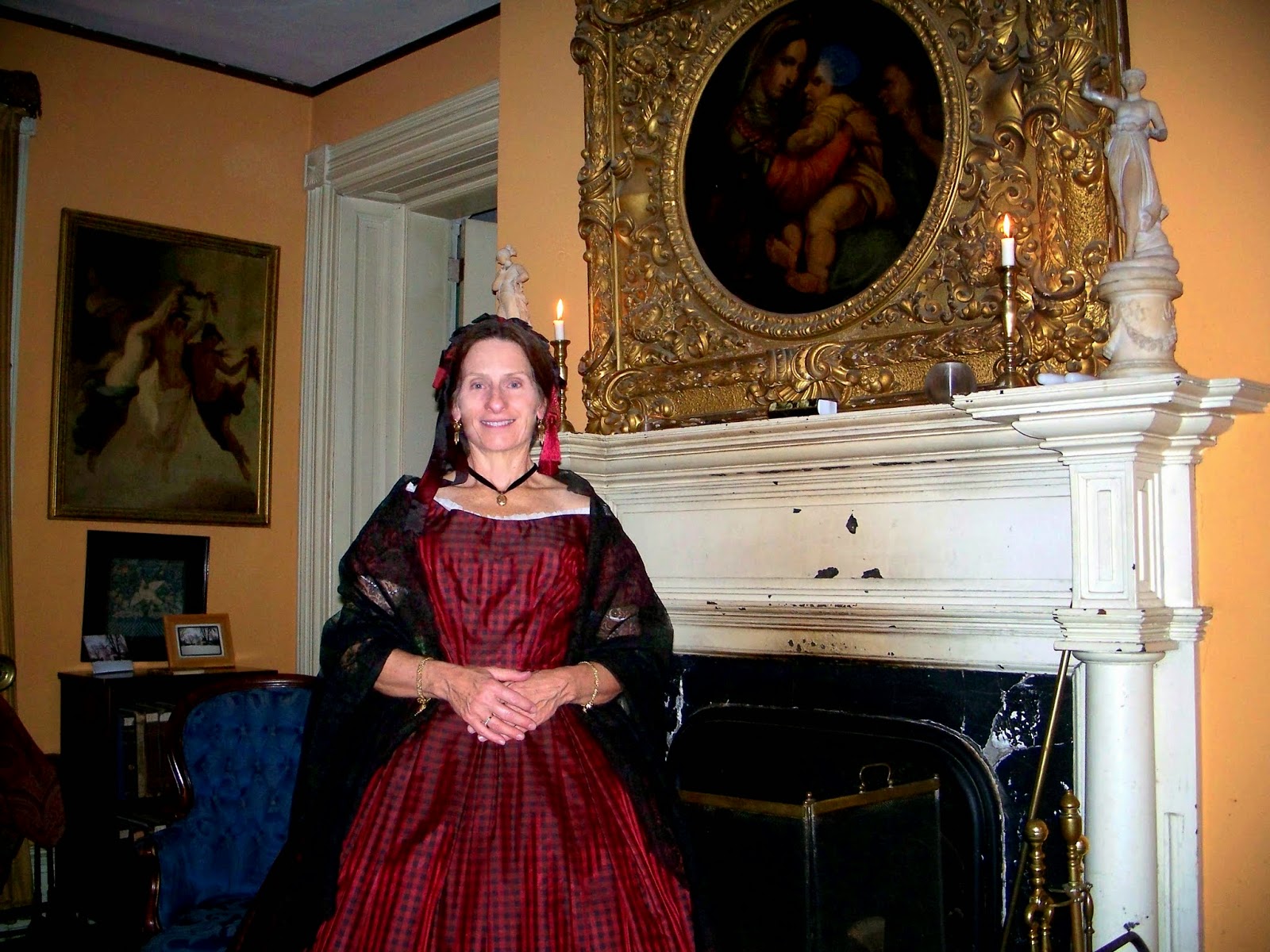 My mother dressed for the evening in her red silk evening gown. The dress has long sleeves and a pelerine that can be added to convert it into a dress appropriate for day wear. She wear with it a pair of original earrings and an original locket. It looked stunning with the black Chantilly lace shawl.